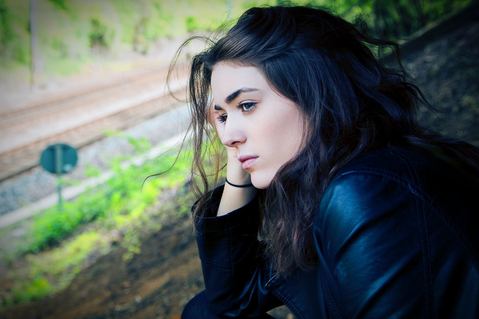 Depression and a Christian?
​By Gregory Hasek

Over the almost 20 years of being a therapist, I could not start to tell you how many times I have had Christian men and women come into my office and struggle with the fact that they had a diagnosis of depression as a Christian. Their assumption was that when they accepted Christ their struggles with mood issues would go away. The next thing they usually thought was that they were not doing enough in their relationship to God. Perhaps they were not praying enough etc. My Christian clients especially struggled with accepting the diagnosis as a medical condition versus something that they could change through their relationship to God alone. At times they would also be very sensitive to any discussion of the need for medication to address their condition. Just like many people in our culture, my clients had bought into the belief that mental health conditions were also more shameful to talk about and did not deserve the same kind of attention or validation as another medical condition such as diabetes. It is my hope that this article is beneficial to you, in addition to the tools on the tool page.

I want to begin by saying that depression has many causes and treatment might look different depending on the cause or etiology of the depression. Some people might actually have a diagnosis such as Bipolar Disorder in which their moods change from at times being manic and other times being depressed. This type of diagnosis often always requires some form of medication in order for a person to stabilize. Other people have a diagnosis of Major Depression. This diagnosis might be made because they meet the criteria based on a long period and a more serious depressed mood. This type of depression may be brought on as a result of a period of long stress, a chemical imbalance in the brain, or a host of many other reasons. Some people might develop what is called Situational Depression. This usually lasts for a much shorter period of time and is based on the response to a recent stressful situation that happen in their life such as a job loss, divorce etc. There are others who may struggle with a low grade depression that is sometimes called Dysthymia. People who struggle with this often report just feeling blue for years but don't have all the classic signs of major depression such as sleep problems, appetite problems and sometimes suicide ideation. Many of my clients that present with a diagnosis of PTSD also experience some form of depression as a result of a trauma that they have experienced. So as you can see, there are many reasons why you might be struggling with depression, even as a Christian who prays, does their devotions and attends church every Sunday.

I used to attend a church in Portland, Oregon where the pastor himself struggled with depression and he wrote a book about it. I remember one sermon that he gave on his own experience with depression and how he coped with it. In the sermon he gave his opinion about medication. He shared that he was against medication and thought that God could heal your depression combined with changing how you think. Of course there is nothing wrong with this approach if it works. But what he didn't think about at the time was that a segment of his congregation was taking medication for depression. Needless to say, the following Sunday he apologized to the congregation and admitted that he received more phone calls and emails complaining about that sermon than any other sermon before. What this pastor learned was that there were so many people in his congregation that had tried to overcome depression without the assistance of medication, and just could not do it. It wasn't that they didn't spend time with God, pray, work on changing how one thinks etc. It was something greater that had control over them, often times rooted in the brain.

The next couple months in our newsletter, we will be addressing the issue of depression since it is such a common problem. This month I want to touch on the impact trauma has on depression and then offer you some tools in the tools section of the newsletter. I would say most clients that I see in counseling present with trauma of some kind. They may have trauma from childhood or they may have trauma as a result of something they recently went through, such as the disclosure of an affair. When a person goes through a prolonged period of trauma, several things happen to them. Usually in the beginning stages of a recent trauma, they might have problems with sleep, feel very anxious, lose their appetite and often times begin to feel hopeless and sometimes fearful at the same time. Their body will begin to go into survival mode. Many will report losing weight during this time. If the trauma is not treated early, prolonged symptoms of trauma can lead to major depression. Chemicals such as cortisol start to do their damage on the brain causing some people to feel as if they are losing their mind and become forgetful and less able to complete every day tasks. Often times medication can help at this time to stabilize the trauma symptoms so the person doesn't move into major depression. I try to offer my clients alternatives to just standard prescription drugs, such as suggestions for supplements that help with depression and anxiety. There are times though that some clients might need something stronger such as a prescription medication. I usually will work with their doctor to find one that would work best for their symptoms.

The song of the month addresses the issue of hope. Just having a therapist validate the trauma you have gone through and how that might impact your symptoms of depression, can be a great first step of having hope that one day your symptoms will be better. If you are struggling with depression, listen to the song of the month and imagine a day where you will no longer have those symptoms.
Powered by